USD $
0
Sign in register
XX
You are here: Home » Blog » Life Vests » Can You Drown With A Life Jacket On?

Can You Drown With A Life Jacket On?

It has been shown by statistics that the most significant cause of death while performing recreational boating is actually drowning. In fact, it accounts for over 70% of the boating mishaps. Most of these drownings had been caused by unpredicted entry into the water which implies that there was not adequate time for the victim to get hold of a life jacket prior to getting into the water. The studies have shown that more than 80% of the victims did not put on life jackets. Here, a question might arise in your mind regarding can you drown with a life jacket on? In this article, we will mention a suitable reply to this question.

As we all know that most fishing kayaks are usually very stable, but it is still vital to wear a PFD for your safety on the water. To keep yourself drowning check out the best kayak fishing PFD at floatingkayaks.com.

Here, you might ask what happened to the remaining 20% who had been wearing a life vest and still drowned. There are some valid reasons why individuals wearing life jackets drown occasionally.

A vast majority of these victims are actually paddlers like kayakers and canoeists. Now, these peddlers actually come with a pretty decent PFD wear rate than most of the other boating individuals.

Nevertheless, paddlers likewise have certain things working against them while they are in the water. These people usually perform boating in remote locations where it is difficult to get help from rescue resources or passersby. On most occasions, they are known to paddle solo and the vessels used by them are quite unstable as well. Moreover, they are at risk for a hazardous situation known as entrapment.

Entrapment takes place when the boater or the vessel becomes snagged on debris or rocks at some dangerous locations, then goes under because of severe water hydraulics, and the victim is not able to escape the vessel or even get away from the hydraulic pressure on him. It is not possible for him to avoid the forces on him irrespective of what type of PFD he is wearing, and drowning might be the ultimate result.

Other notable causes of drowning in spite of wearing life vests usually involve some type of impairment or injury that does not kill the person but is quite severe to prevent him from doing things required for keeping his face out of the water or prevent what is known as "mouth immersions". 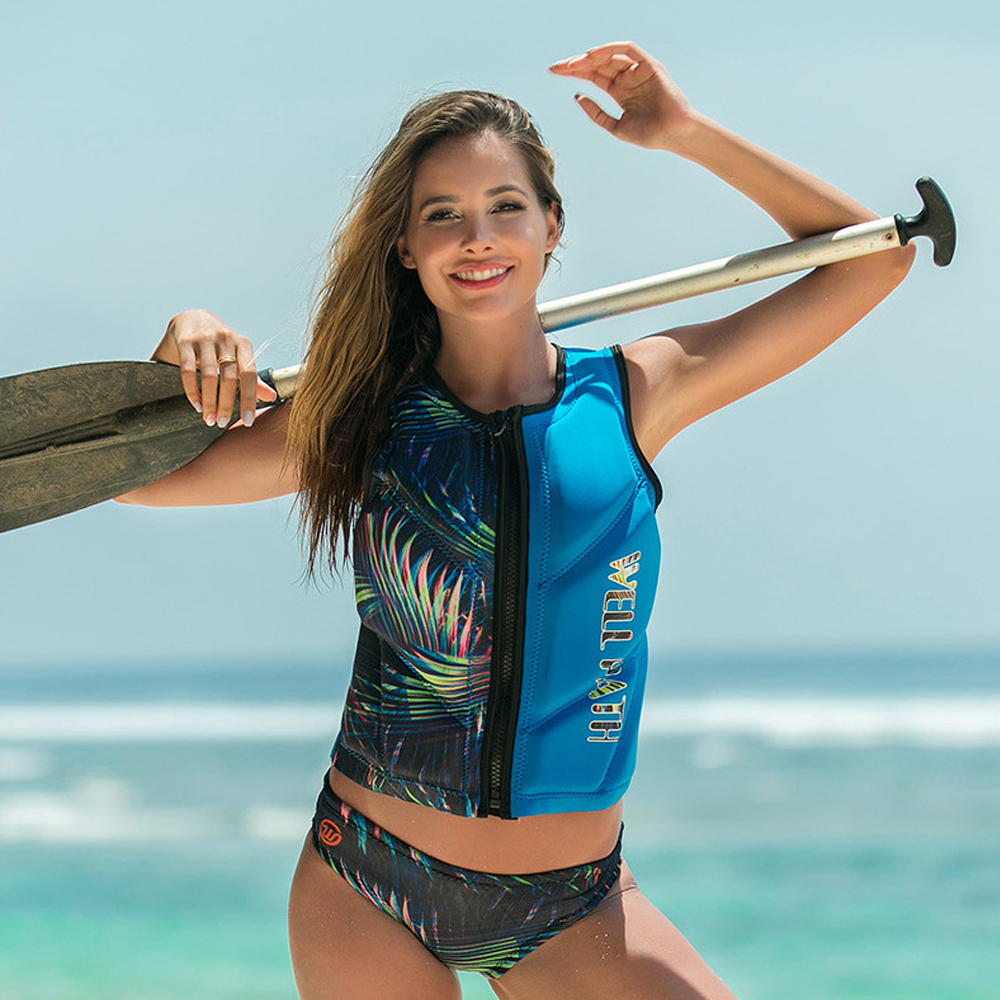 When any object hits the head of an individual on land, he might become unconscious. After waking up, he can look for medical attention without any harm being done. However, things might become different in case the person is hit on the head while he is on the water.

We have already mentioned mouth immersions previously. When a person is in the water, waves will be splashing over the mouth of the victim continuously and he will ingest a small amount of water as well. Some of this water might get into his lungs. These are what we call mouth immersions. A boater might suffer injuries which might make it tough for him to avoid mouth immersions in spite of wearing a life jacket. Eventually, the boater will become drowned because of these mouth immersions. Although it is a terrible way to meet one's demise, it happens.

Mouth immersions can be prevented by wearing a PFD that is SOLAS-certified. Mouth immersions are going to happen; in a particular PFD model, it occurs at a frequency that is an important consideration in deciding whether or not the Coast Guard is willing to authorize the PFD for wearing.

All these are the main reasons why boaters wearing life vests drown on some occasions. He might be unable to free him from some sort of entrapment or he might not be able to keep his face out of the water. Mouth immersions for an extensive period of time can likewise be responsible for his eventual drowning.

We now know that drowning because of unanticipated entry into the water is the most significant cause of demise among boaters. It is imperative for you to put on your life vest prior to getting on the vessel since you have no idea regarding when that entry might take place. However, it is a fact that boaters do not prefer the idea of wearing PFDs since they can become quite hot as well as uncomfortable. The good thing is that things have changed significantly at present. The life jackets available right now are quite attractive, practical, and comfortable that might surprise you in the long run. Although you might be required to shop online or visit a specialty store for getting something which is so relaxing to put on, the good news is that you will get most of them at reasonable prices.

After finding your preferred PFD, it is imperative to keep it tightly fastened while wearing it. Or else, it might result in disaster - the victim is wearing a life vest which is not properly fastened, he falls into the water, his body goes below the water surface with the vest remaining on top, and it becomes isolated from the victim who drowns eventually. Therefore, to avoid this type of situation, it is vital to securely buckle and zipper the PFD in the best possible way.

Is it always possible to prevent individuals from drowning who are wearing life jackets? No, and we hope that the explanations provided here will be able to answer any concern that you might be having regarding their effectiveness. The best thing that can be done by you to prevent drowning will be to put on a life vest whenever you are venturing out on the water.

First, make certain that the life vest is properly visible while you are in the water. Orange or yellow will be the most preferable color for life vests which are foam-filled, while inflatables might be of any shade on the outside since the bright yellow air chambers are hidden inside the external shell. Also, do not forget the go through the label for making sure that it is approved by the US Coast Guard.

Next, make sure that the jacket is in proper working condition; the zippers and the buckles are functioning properly. Also, make certain that the PFD is of the proper weight and chest size for you, and ideal for your boating adventures. Remember that life vests for general usage are not the same as those which have been designed for water sports such as water-skiing or paddling.

Take care to fasten all the zippers, belts, and ties. The adjustment straps have to be tightened and the loose ends have to be tucked in. Following this, make some final adjustments that are needed for a secure fit. 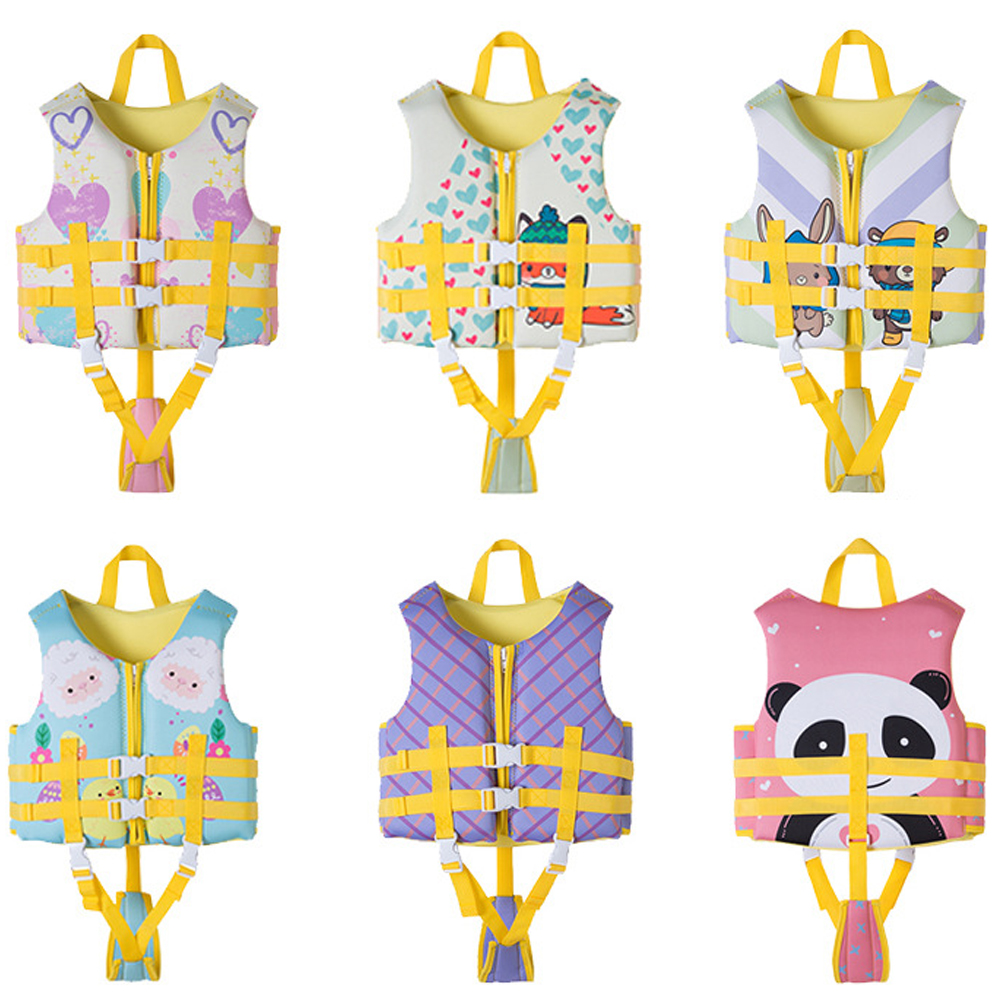 Once you are operating a boat, you are also responsible for the safety of the crew and the passengers. Make sure that they have chosen the proper life vests and ask them to wear the PFDs. Every single individual on board ought to put on or at least have a life jacket readily available in case any untoward incident does happen.

The majority of the inflatable floatation aids satisfy the carriage specifications so long as they are available readily; however, individuals less than 16 years of age will not be able to wear them. Go through the label for getting more info.

Once a boat is underway, it is imperative for kids below 13 years of age to put on a suitable life vest which has been approved by the US Coast Guard, unless they are inside an enclosed cabin or below the deck. Children require life vests with carry loops, head cushions, as well as leg straps.

In case the vessel is more than 16 feet in length, it must have a floatation device which has been approved by the US Coast Guard readily available.

Being an operator, it is essential for you to make sure that other people on the vessel have put on their PFDs, and that they are in proper condition as well.

For life jackets which are non-inflatable, there should not be any tears, rips, or deterioration. When it comes to inflatable jackets, the indicator ought to be green and the carbon dioxide cylinder shouldn't be punctured.

Additional PFDs brought on board ought to be removed from the packaging and they should be stored conveniently so that they can be accessed easily if needed.