A wetsuit is a piece of clothing that is normally made of neoprene and it is worn by people engaged in water sports: canoeists, divers, surfers and windsurfers. Initially wetsuits were primarily designed for men and any woman who wanted to do water sports would have been forced to wear a wetsuit that was designed to fit a man! This involved putting on too much fabric around their shoulders instead of having it around their hips. This design did not have any sexist connotations, but simply because the market forces were driven by men who were leading in the number of people participating in water sports. Fortunately things have changed: more women are taking up water sports and there is a great variety of wetsuits that are designed for women in order for them to stay warm while engaging in water sports.

Purposes of Wearing a Wetsuit:

Give buoyancy and protection from cuts.

The material making up the suit has bubbles of air enclosed: air is a poor conductor of heat and has low density hence the insulation and buoyancy properties of the wet suit.

The following aspects show the differences between women and men wetsuits:

The initial design was such that black was used for both women and men wetsuit; the only feature to distinguish the two was a flower or pink line that was reflected on women's design. Nowadays the design has taken into account the different tastes of women. There are a variety of colors and designs that have been made and can be perceived as feminine from a distance.

As more and more women take up water sports there are distinctive features for men and women: wetsuits for women place weight on outward appearance and functionality whilst that for men is based on function rather than appearance. Another aspect is that the most advanced, flexible, high performance wetsuits that incorporate the latest technology are bound to be found in men's design than women, which is simply because men tend to have a fancy for extreme water sports than women who have a penchant for pleasant color.

Maybe you are asking whether there is a unisex model or a woman can wear a mens wetsuit. First there are no unisex models although modern wetsuits are designed to be flexible so that they can adapt to your body shape. Second the anatomy of the wearer dictates it all. There are women who are slender and have a small chest that they can fit into a men's design. But most women have feminine features (wide hips and narrow shoulders) and thus a female wetsuit is a necessity. 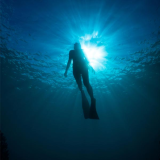 Comments will be approved before showing up.

How to Clean Life Jackets

Sometimes the life jackets are put away from winter and they haven't had the chance to completely drying out, meaning that they can have mildew or mold growth. There are different ways of efficiently cleaning a life jacket and some show incredible results as your jackets shine just like new ones. However, some other wrong ways are also there for cleaning life jackets, and a few of these are next to useless. Before knowing how to clean life jackets, firstly, let's know about the dos and don'ts of life jacket cleaning and the tips for providing a great appearance and smell, without affecting its lifespan or efficiency.

How to Buy a Wetsuit? A Complete Guide

If you are into water sports, it makes sense to spend some time going through this article. Simply put, when we talk about a wetsuit, we are referring to a garment. In this article, let us try and answer the question of how to buy a wetsuit. With so many options available, making the right choice is not easy to say the least. You need to have the right type of information and knowledge and know a few things that could help you to understand as to what kind of wetsuit should I buy. Let us try and list down a few important points to bear in mind before you spend money on your wetsuit.

How to Pick the Right Stand Up Paddle Board?

Paddle Boards
Choosing a Stand-Up Paddle(SUP) Board is a delicate process that depends on a number of factors. Weight, experience, location, skill level and other factors greatly influence the type of board that you should go for. Other than these factors, the budget can also play a major role in the process. Are you thinking about how to pick the right Stand Up Paddle Board? You've come to the right place. In this article, we are going to cover the various factors that you need to keep in mind while choosing your perfect paddleboard.
Read More

Subscribe to our emails for exclusive coupons and discounts.